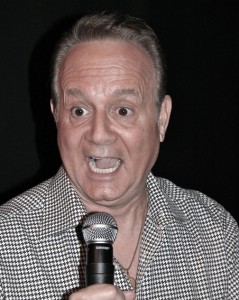 In 1977, Eddie took his music & entertainment experience and his degree in business and ventured into Nightclub Management in Fort Lauderdale. Over the next seven years, Eddie would turn five, late night establishments into the most innovative and successful night spots in Florida.

With his sites always set on entertaining, Eddie was cast as a Singer, Dancer & Comic for a one year run in a Hit Musical Show on Miami Beach. In 1984, Eddie set out to fulfill another one of his goals. So with his talent and experience, he began a lengthy career in the Cruise Ship industry as a Cruise Director and Comedian/Entertainer. Over the last 35 years, Eddie has entertained hundreds of thousands of people on Cruise Ships all over the world.

On land, the Godfather of Comedy performs in all venues throughout the state of Florida and much of the U.S.

Thirty Five years of experience in the Entertainment industry.

Manager of four of the largest, most successful Nightclubs in South Florida.
Cruise Director on seven Carnival Cruise Lines cruise ships.
Has performed on a total of forty different cruise ships.
Professional Musician, Singer and Comedian.
Entertains in all venues on land across the USA.

US AIR FORCE ~ Honorably Discharged with Rank of Sergeant

FAIRLEIGH DICKINSON UNIVERSITY ~ Graduated with a BA in Marketing